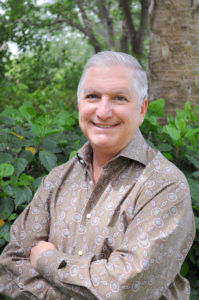 Dr. Topper is a board certified Surgeon who specializes in vein care. He has been living and practicing in Boca Raton since 1993. He was born in New York City, and raised there until he was 13. His interest in medicine and surgery started at a very young age, when he would accompany his step-father, a doctor, on trips to the hospital.

At age thirteen, Dr. Topper moved to South Florida, where he lived for several years before leaving for college. He graduated with Honors in Chemistry from Brandeis University, in Massachusetts, and then returned home to South Florida to attend the University of Miami, School of Medicine.

Dr. Topper completed his residency in New York City at Brookdale University, where his training in surgery encompassed both General and Vascular Surgery. During that time, he also spent an additional year in the Vascular Research Laboratory. It was during that time that he developed his interest and skill in treating varicose veins, using surgical methods of vein stripping as well as less invasive methods such as Sclerotherapy. Dr. Topper then spent another year enrolled in a Microvascular Fellowship at Wayne State University in Detroit. In addition, he has had post-graduate training with the Endovascular Laser, which is offered at the Boca Vein Center as an alternative to vein stripping.

In 1993, Dr. Topper and his family relocated to Boca Raton. There he and his wife, dermatologist  Shari Topper, MD established their respective practices and raised their two wonderful daughters. They currently live in Delray Beach with their three cats, who he pretends not to like. Dr. Topper spends his free time on the golf course, reading, playing guitar, and cooking.

We are Boca Raton’s ONLY practice to offer:

Say Goodbye to Varicose Veins with: